The fund is governed by a board of Trustees. Up to six are elected from among the members, one is appointed by Airways, and a maximum of three are independent non-member trustees. 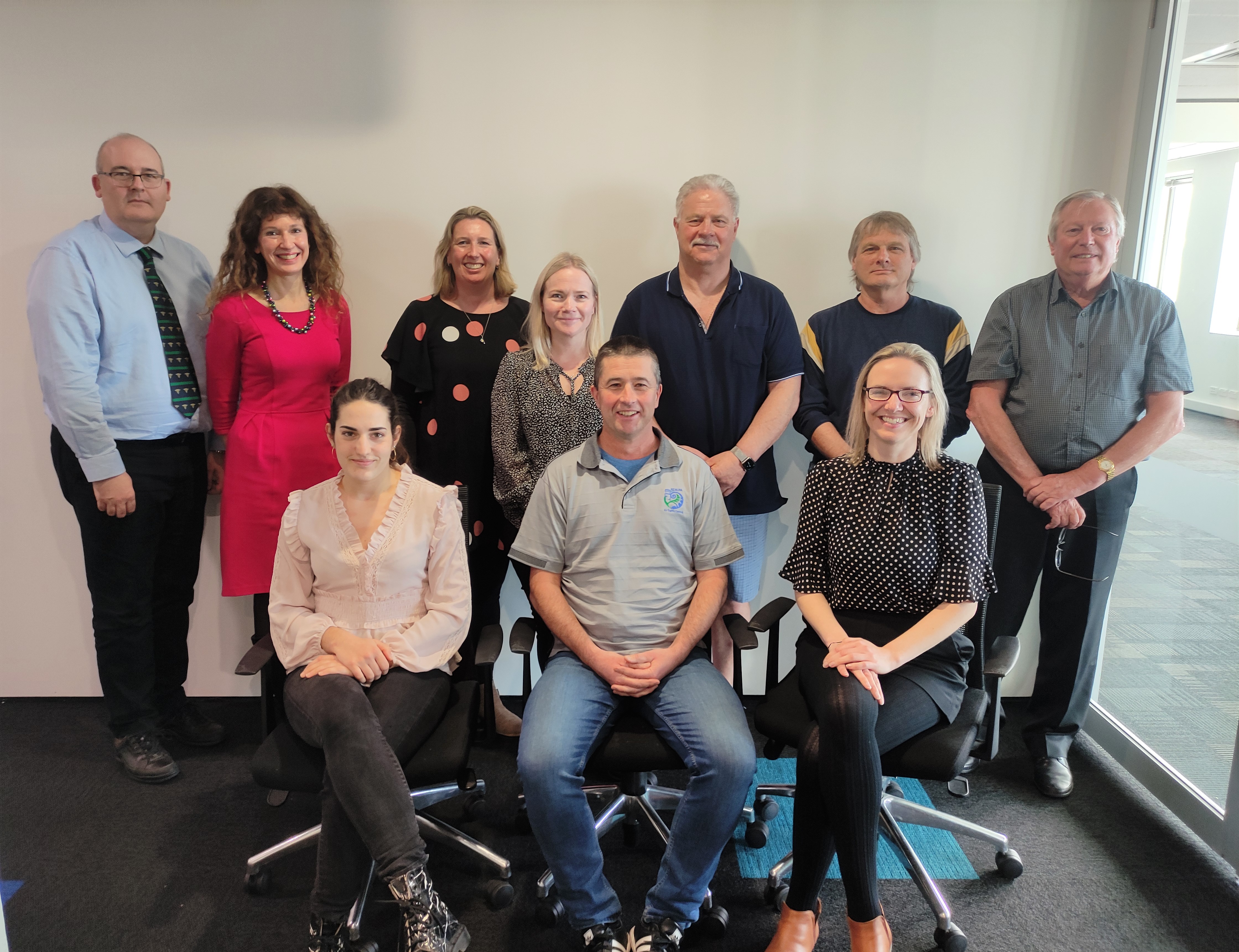 Scotty has been a trustee since 2013. He has been an ATCO for 30 years having trained in Auckland before working in the towers in Napier and Wellington. Following that he did 3 years on Wellington approach radar before spending 6 years in Dubai, doing approach radar. On his return to NZ in 2011, Scotty worked for 2 years on Ohakea radar before transferring to Auckland radar where he is currently based.
Scotty is married to Tina and they have 2 kids, Casey and Max. Outside of work and family, Scotty is kept very busy with a keen interest in rugby refereeing, and is a member of the local Volunteer Fire Brigade, where among the obvious duties, is also the Welfare Officer. He has also been on the NZALPA ATC Council as the Med & Welfare Officer since 2014.

Natasha has been a trustee of the MBF since 2014. She has been working as an air traffic controller since 2001, first in Palmerston North tower then from 2003 in Wellington tower. Natasha is married to Jeremy and together they have a primary school aged daughter.

Jim has been a trustee since 2014 and has found it to be a thoroughly rewarding experience to work with people who have such a strong focus on the welfare of the members of the fund.  Jim’s background is varied over 35 years in the aviation industry.  He spent a number of years as a flight instructor before taking up ATC in 1986 that was followed by time with the MoT as a controller in Nelson and Wellington, some time with Air New Zealand flying the venerable Fokker Friendship and then back to Airways in 1990 where he has been since.  Jim is an AA TMA controller having been on that sector since 1992.  He has a wonderful wife Beth and 2 grown children Sian and Adam of whom he is immensely proud.

Dave has been a trustee since 2002. He joined ATC in the mid-1980s and currently works on Wellington Approach.  He spent a good few years from 1991 to 2007 as a NZALPA rep being a contract negotiator for much of that time, returning a few years ago for another stint up to 2019.  So he has some definite ideas about how hard we have fought for what we have, and how important it is that we preserve it.  After ”retiring” from NZALPA, Dave was sand-bagged by Don Currie and Spot Wilson into serving as a trustee for the MBF.  Dave recently stood down as Chairman, but agreed to continue as a trustee.  As Jim says – it is a pleasure to work with a group that has such knowledge and experience, and such a strong focus on ensuring the welfare of controllers.  Maybe you could get involved yourself one day?  There are so many dimensions to ATC beyond the pure operational job – and he’s not talking about management!  Dave’s instincts tell him we may need to fight to keep what we have during the early 2020s …………

Cam has been a trustee since 2022 and has worked as an Auckland Tower controller since 1998. In a previous life he gained a BSc in Resource and Environmental Management, a PPL Fixed Wing in NZ & Australia, a CPL Rotary in Australia, and flew for several years on the Sunshine Coast.
He served on the NZALPA ATC Council for 12 years including three contract negotiations and was the Medical & Welfare Officer until handing the reigns over to Scotty Herbert. He has been a PAN Peer Support Volunteer for the last ten years and is now looking forward to learning form the wealth of experience provided by the other MBF trustees to help in the welfare of our ATC members.

In his spare time, he likes to keep fit to counter his love for good Gin. And is the Treasurer for Western District Cricket. He and his wife Deb live in Titirangi, Auckland with their 2 "adult" kids Shae and Zac and spend as much time as possible at their batch in Whangamata.

Penelope is the principal of Bartlett Law, a boutique employment law firm based in Wellington. She has been a principal in that firm since it was established in 1997, and prior to that worked in other Wellington firms and ECNZ. She has extensive experience in health-related employment issues, including workplace stress. In her spare time she enjoys anything to do with aircraft and travel; and maintains a lifelong interest in ballet and dance. For 9 years she was a board member of the NZ School of Dance. Penelope is a trustee of the New Zealand Airline Pilots’ Mutual Benefit Fund.

Paul is a retired controller who has been involved in NZALPA and IFATCA for many years.  During his early years as a controller, he was covered by the original “Loss of Licence Insurance” scheme which didn’t focus on enabling ATC staff to regain their medical fitness for work and which eventually failed financially.  One of his roles in NZALPA was to negotiate the Mutual Benefit Fund-ATC in the early 1990’s to replace the old LoLI scheme.  Subsequent to that he has filled trustee positions in the Airways Superannuation Plan, the NZALPA Contingency Fund Trust, and the NZALPA Group Life and Group Disability Insurance Plans.  He and his wife live in Auckland, and have two adult children and five grand-children.  They enjoy travelling, boating, food and wine, and golf.

A trustee appointed by Airways in 2021, Erin is the Financial Controller for Airways New Zealand. Previously, Erin was an Associate Director at advisory and restructuring firm KordaMentha and General Manager of Finance at Carter Holt Harvey LVL. A Chartered Accountant with 15+ years of experience, Erin has extensive experience in managing financial aspects of businesses across various sectors. Based in Auckland, Erin is married to Simon and they have two kids, Nathan and Caitlin.

Juliette moved to New Zealand in 2019 to pursue her career in administration. She joined MBFAL in April 2022 after working for a Wellingtonian landscaping company. Her background in hospitality management makes her a very thorough and efficient individual. Juliette enjoys sports in general such as boxing and running, and in her spare time is interested in DIY and craftwork.

Simon qualified as a Medical Practitioner from Otago University in 1994 and has worked full time in medical practice since this date. He is currently registered to practice as a Medical Practitioner in New Zealand (NZ) (NZMC No. 20475). Simon works full-time as a Specialist Occupational physician. He holds a number of contracted Occupational Physician positions in the Wellington region.